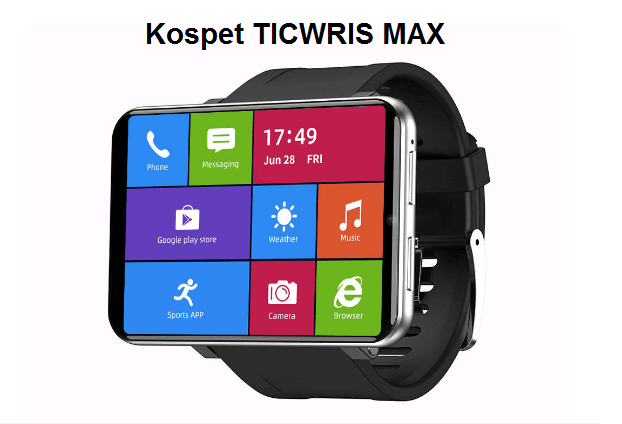 Kospet has released its first Android smartwatch phone with a rectangular shape called Kospet TICWRIS MAX. We used to see Kospet watches with round, but It seems like Kospet has changed the game. The new TICWRIS MAX smartwatch comes with a big screen that looks like a mini smartphone and packed with 3GB RAM, 32GB ROM, 8MP camera and supports the face unlock feature. So, Let jump to the full details.

The Kospet smartwatch comes with a unique design similar to Lemfo Lem T. it’s the second smartwatch with this big body and screen size. measuring 75.2*52*16.6mm and weighing 200g. The body is made of metal while the strap is available in silicone. having also 8MP camera with two physical buttons on the side while the sim card slot is in the back. regarding the display screen. The new TICWRIS MAX has a 2.86 inch large TFT screen with 640*480 of resolution.

You will like to read: 7 Best Android SmartWatch es Phone To Buy in 2020

The new smartwatch powered by an MTK6739 processor. and has 3GB of RAM, 32GB of internal memory and running Android 7.1. The device is a 4G standalone smartwatch support Sim card, WIFI, GPS/GLONASS/A-GPS as well as Bluetooth.

Like Kospet Prime and Prime SE smartwatch. The Kospet TICWRIS also supports The face unlock, and it is one of the most important features in this watch. The device is an IP67 waterproof certification! so you can wear it on rainy days or when you washing your hand. the smartwatch is equipped also with health and fitness tracker features. It has a heart rate monitor, pedometer and many more. For the battery! The smartwatch has 2880 mah battery capacity with 5-7 days of standby time and 2 days of normal usage.

Pros and Cons of Kospet MAX? 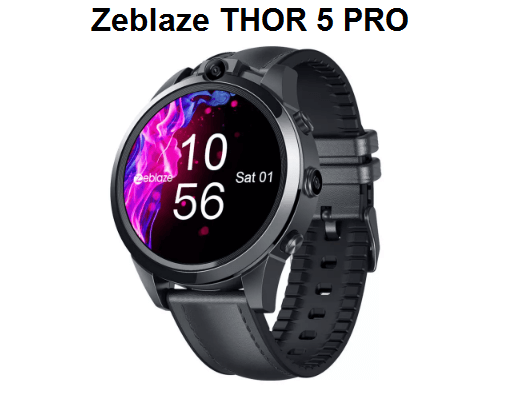 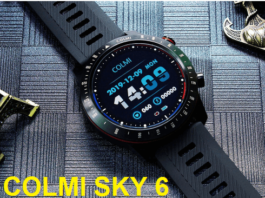